None of the leaders wanted to articulate their anxiety 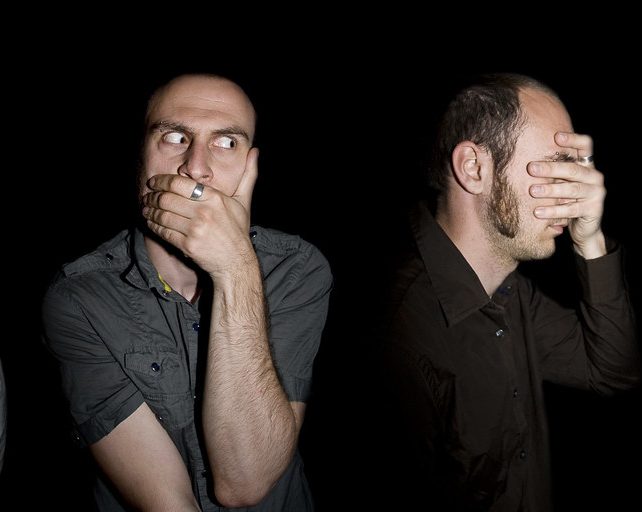 None of the leaders wanted to articulate their anxiety – how alignment data triggers constructive conversation.

This story is about a US leadership team of a global company producing technical healthcare equipment for public sector establishments. The global executive team made the decision to diversify into digital health monitoring products for the consumer market. They nominated this leadership team in the US to lead on delivering the technical developments needed for this diversification.

Behind the scenes, with the exception of the team leader, all members feel entirely unprepared for this challenge.  While historical performance has been great, product digitalisation and consumers are scary new territories.  They are reluctant to voice their anxieties – even with each other, thinking “Why on earth did they nominate us?”

The executive team is a group of individuals who are used to managing their own functions, with little collaboration or overlap across the business as a region.

Initially, nobody wanted to talk about their fears and where they came from

To overcome the emotional grid lock, the team decided to use Mirror Mirror to better understand the current situation.  They did this because when you look objectively at alignment data – that is, a comparison of perspectives in response to specific questions – you can see what people think and how much common ground there is between them.  By presenting these views as anonymous data, you remove the barrier to raising issues.  People don’t have to point the finger of blame, they don’t have to justify their views when they might not feel they are clear enough to do so, and they don’t have to expose themselves to the risk of being ‘wrong’ in some way.

Take the responses from this team to a question that asks them to define their main team goal.  By reading through the various legend texts, you can see where the alignment gaps are (the responses are codified to allow similar meanings to be matched, and to remove expressions that could be attributed to a single person):

Here we see misalignment in whether the new technical capability requirements should be developed in-house or be outsourced. Further data in response to questions about what respondents see is happening at the organization and team levels show the significant changes are perceived as challenges more than opportunities:

The data puts this issue on the table safely and constructively. In a sense, it doesn’t matter who said what.  Alignment between people is about reaching a course of action that everyone can get behind.  It’s not necessarily about being in full agreement with each other. It is more about being heard and gaining access to the various perspectives of others.

To have an ‘alignment conversation’ you need interpersonal skills, which a good facilitator can support:

Common ground and differences – the starting point for inquiry

There’s a straightforward question we ask to determine alignment gaps in a team that reads: “What is your single biggest concern?”

We ask this question because it points to areas of misalignment that are otherwise difficult to spot.  Essentially, misalignment is conflict in the way people see things. It is difficult to spot because, naturally, it sits between people rather than being known to individuals. And it’s very human to hear what makes sense to us rather than detecting subtle but potentially serious conflicts.

In our work, we help teams around the world to align to a better shared current reality. What has become clear is that to really be effective as a team and develop this shared understanding, we need to eliminate assumptions and provide clarity. Just by looking at the wider context and uncovering a mismatch of interpretations, people can start speaking the same language.

It would be easy for a leader looking at the concerns in the chart above to over-simplify things and jump at the quick answers:

“Capability gaps? OK, let’s get some training in, or bring in new staff with the right skills.”

“Poor teamwork? About time we got the team out to get to know each other better.”

“Challenges too large and concerns about an under-focus on our current business? Once we get our priorities set, we’ll be able to get on with the right stuff.”

The above will deliver a quick fix, but not a cure for the actual problem.  So, to find out and deal with what is really going on, you need to go deeper into how people see things and why.

Concluding on the story, the team had neither the skills, capability, or the strength to lead the Group diversify into digital health monitoring products.  The team had performed well under the ‘old’ business regime but wasn’t suited to new challenges such as this.  Once this became clear, the leader reverted to the Group CEO to explain.  The US regional leadership team needed learning and development to prepare for a dynamic future.  And the rest, as they say, is history.

To summarise, alignment is a state, a process, and ultimately a means of engaging, empowering and uniting people to see where they are and understand what’s next – the foundation of effective action.

Mirror Mirror is a diagnostic tool that identifies and measures cognitive and behavioural alignment gaps between people in teams. It does this to surface the assumptions, misunderstandings and conflicting interpretations that can undermine progress. By comparing how people see their world at work, the common ground and differences become clear. This data forms the basis of an informed session to address the gaps.