It has taken decades, but the active recognition that human diversity is a source of competitive advantage for organizations is finally mainstream. The accepted logic is that when leveraged, diversity helps with problem solving, innovation and performance. But what organizations are still struggling with is HOW to leverage diversity to achieve more alignment and better results.

From physical to cognitive diversity

The diversity agenda was initially dominated by a focus on balancing race and gender representation in business. “More women in the boardroom!” typified the debate. There is so much more that people bring to the table other than physicality, however. As Tinsley and Ely write in the Harvard Business Review article entitled What Most People Get Wrong About Men and Women:

“There is wide variation among women and among men, but meta-analyses show that, on average, the sexes are far more similar in their inclinations, attitudes, and skills than popular opinion would have us believe.”

The article sets out the case for cognitive diversity: that people have different ways of interpreting the world in ways that are linked to gender, but not exclusively. 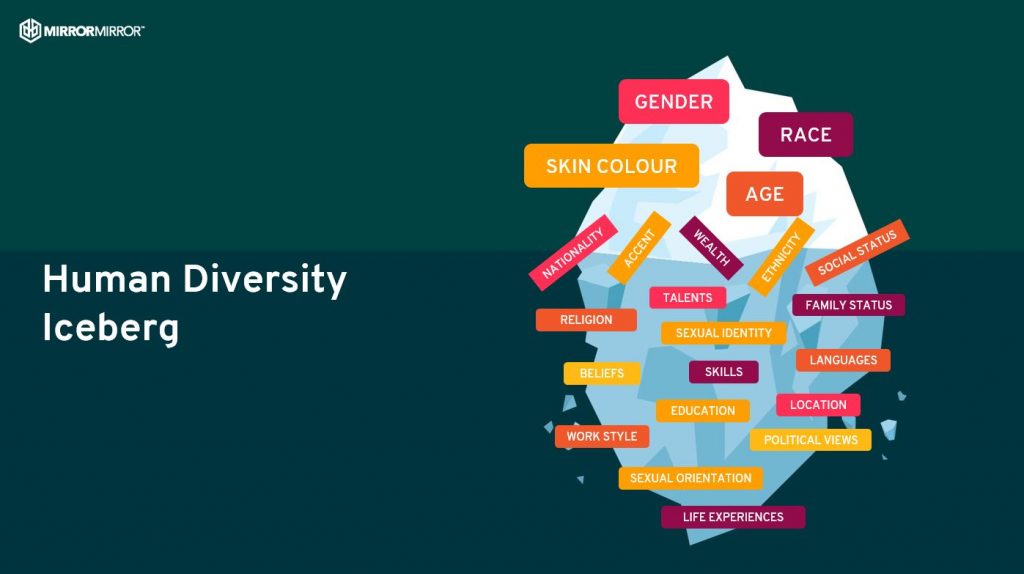 However, better problem solving and innovation with diverse people doesn’t happen by itself. The chances are that if you put 10 cognitively diverse people in a room, the conversation will be messy and difficult. Yes, it can help to use personality assessments to get more appreciation for how people are different. But instead of focusing on the question “How are we different?”, people could better ask “How can different people become more aligned and effective?”

From diversity to alignment

Cognitive alignment is about how people understand things differently. Alignment on the organization purpose and strategy means agreement on what that is and how it relates to their work. Behavioural alignment, on the other hand, is about how people understand the practice of collaboration so they can deliver to the strategy. Here, they don’t need to agree necessarily, they just need to agree on the course of action.

1. Psychological safety – if you can open up to others by sharing and listening, you are more likely to absorb new perspectives, empathise with them and create new possibilities between them.
2. Team cohesion – this is about commitment – people who are committed to achieving shared goals are more motivated to learning from each other.
3. Group Potency – a measure of how much people believe that the team can be successful. When people are collectively confident, they have a mindset that is ready to take on challenges.
4. Interdependence – when people can rely on each other to deliver, they can activate their intentions.

Learning behaviours are powerful because are the foundation of our decisions and actions:

• When people hear the views and assumptions of others in their group, more empathy and understanding arise
• As people become more conscious of new mental models that can serve them better, they adopt them quickly and painlessly.

The process of aligning diverse people

The headline image shows a framework that an expert team coach can use to guide the alignment discussion.  But where to start?

The second catch is that it’s difficult to see misalignment because often sits invisibly between people in the ‘blind spot’. 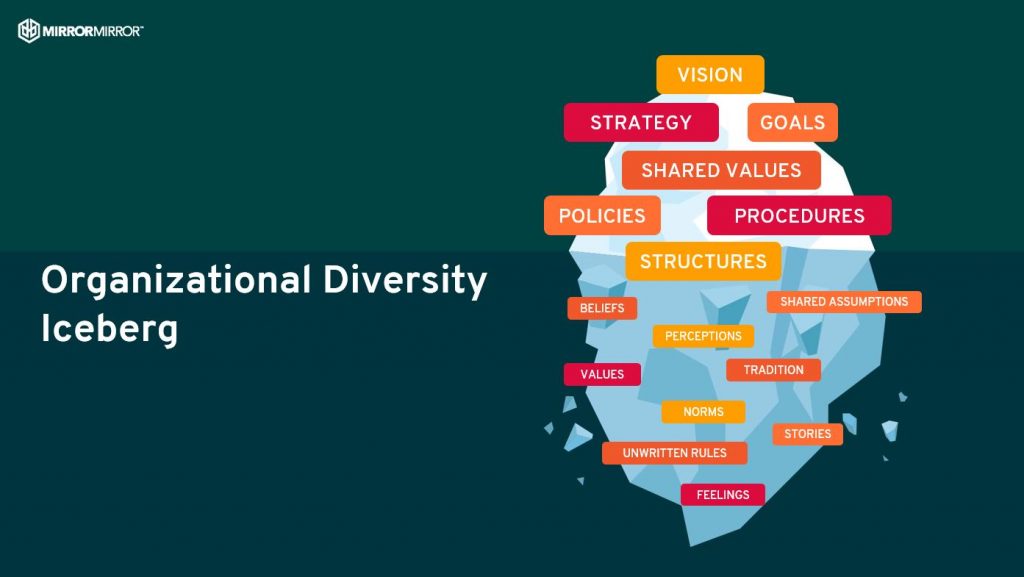 A useful place to start is to use the Team Reality Reports from Mirror Mirror. By comparing the views of how diverse people see their whole system at work in data, they get the common ground and differences on the table. Based on this, people can see the alignment gaps, prioritize what needs attention, and come to a plan on what would need to be done differently.  This is how to leverage diversity to achieve more alignment and better results.